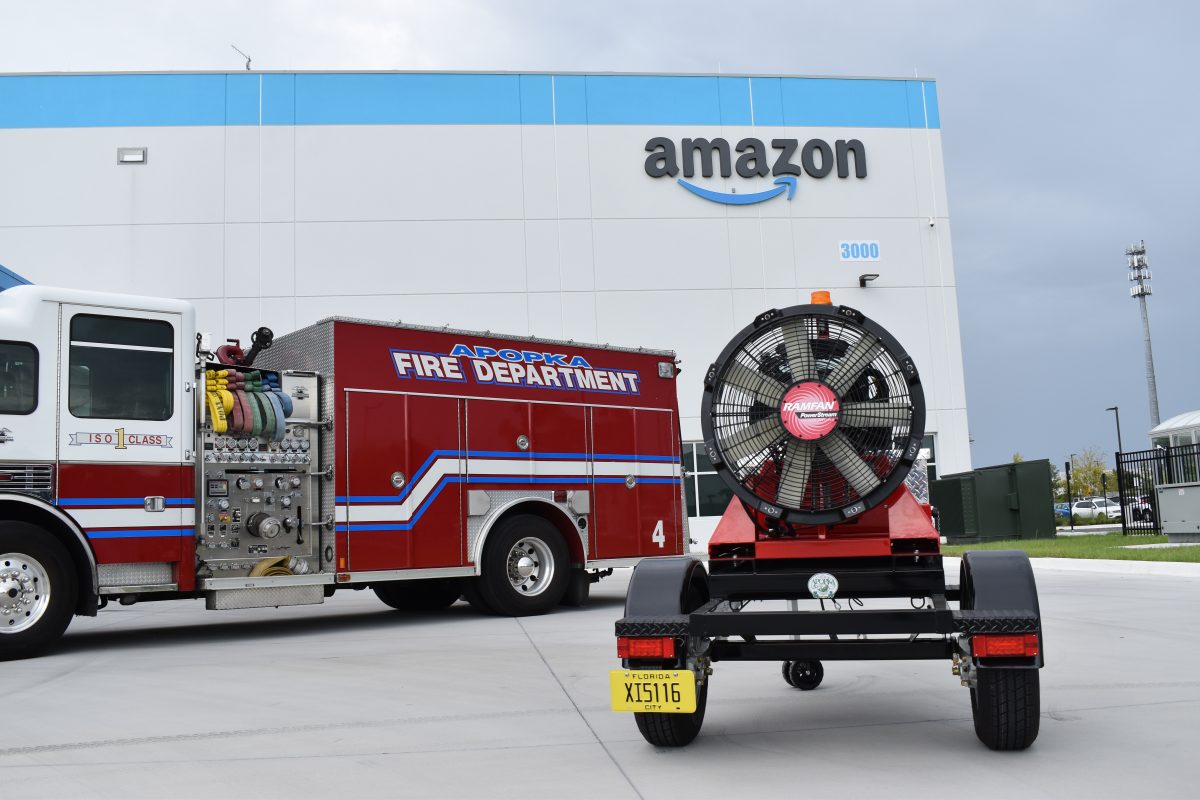 Preparing for the worst: How a community fire department upgrades its fleet when Amazon moves in

Community fire departments design their fleet capabilities to prepare for the normal response profile. In small suburban communities across the United States this is typically large amounts of residential mixed with small to medium commercial structures of less than 20,000 sq. ft..

When a mega warehouse, like those of e-commerce giant Amazon, moves into the community the fire department is faced with the major challenge of how to respond to a structure fire at an 800,000 sq. ft. commercial building— more than 300 times the size of the average residential home, and often with ceiling heights up to 40 ft.
Primary method of suppression will be fixed systems, but mobile capabilities must be prepared to deliver the volumes of water and air that may become necessary at such a large structure.

Value to the Customer

Apopka Fire Department and Amazon’s southeastern US facilities team determined that a large structure ventilator (LSV) was needed for mobile airflow control in the event that smoke, or gases, should need to be removed from the structure.
Due to this facility being an extremely atypical structure in Apopka, the RAMFAN VX700 LSV was selected for its smaller size. Smaller, more agile and easy-to-position LSVs make them useful across a wider range of structure types compared to huge truck-mounted fans which are limited in mobility and could only ever be used at a single mega structure which, in all likelihood, means it would be sitting at the station—unused—for all or most of its entire useful life.

Some of the key benefits they determined during the selection research included: